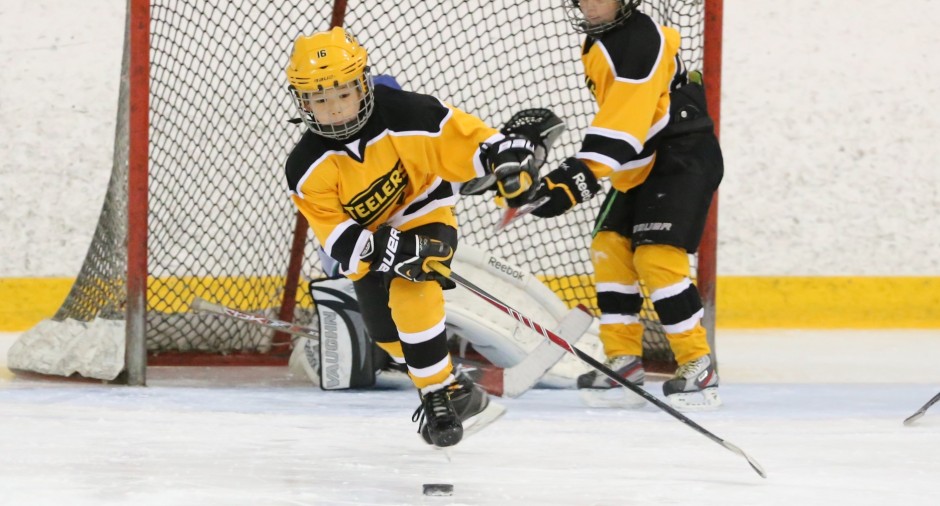 The Jr Steelers
Our program has been involved in the spring hockey “world” since the 1995 birth year. The philosophy behind our program is to provide a fun, inclusive experience for every team member while supporting them to push past their perceived boundaries and limitations. Our Elite program competes at the highest level within the West Coast of North America and even back East as well (This is more applicable as the child gets a year or two older). Our second team in each age group are strong competitors within the province and are generally categorized as “AAA” or high-end “AA”.

Culture
It isn’t about winning… Winning is great, but it’s about being a part of a team and having teammates work toward a common goal. We put our players in situations that we deem are areas for them to succeed. If we can create the mindset of “Team First” at the grassroots, the players will be the beneficiary and it will translate into so many facets of their lives.

Commitment
We are big supporters of multi-sport athletes and do encourage players to partake in other activities outside of hockey. With all that in mind, hockey is a team sport and we need to make sure all teammates are committed to the team.

The Jr Steelers Hockey Program uses the game of hockey to develop respectful and responsible athletes that compete with a will to win. The Jr Steelers program will give players experiences that build their foundation of discipline, leadership, and team work. Throughout the course of the spring season, players are able to build lifelong relationships with teammates that share the same passion for the game of hockey.

The Jr Steelers Hockey Program has been running since 2006. The program has both AAA and AA teams in multiple age groups. Teams practice two to three times weekly and participate in tournaments in the spring. There are no early morning ice times and players are encouraged to play other sports while participating on our teams.

The Jr Steelers spring program has grown by multiple teams each year and is one of the longest running spring programs in the Lower Mainland. Our players go on to compete at the highest levels of Minor Hockey and Junior Hockey. Our program is based on the philosophy that our players must be great students and great citizens to become great athletes.

The Jr Steelers program is proudly associated with the Grandview Steelers Jr Hockey Club. The Grandview Steelers do an amazing job supporting youth hockey in the Lower Mainland. We take great pride in being able to use their artwork and branding on our uniforms and apparel. We hope every player has an opportunity to make it out to a Grandview hockey game and cheer them on.

The Jr Steelers Spring Hockey Program runs April through June for approximately 10 weeks. The team practices are run by a Head Coach and an assisting Coach. Each winter, the Jr Steelers Organization selects Head Coaches for the upcoming season. These Coaches are professional coaches with multiple years of experience through many different age groups and skills sets of hockey. The coaches will provide each player with an evaluation at the end of the programs, to help point you in the right direction for their upcoming Winter Season.

The program offers no morning practices, limited weekend practices, and schedules that encourage players to participate in other sports and or other activities away from hockey.

All team skates are out of Planet Ice Coquitlam and the Burnaby Winter Club. There is an additional cost to teams if they choose to travel or play in more tournaments.